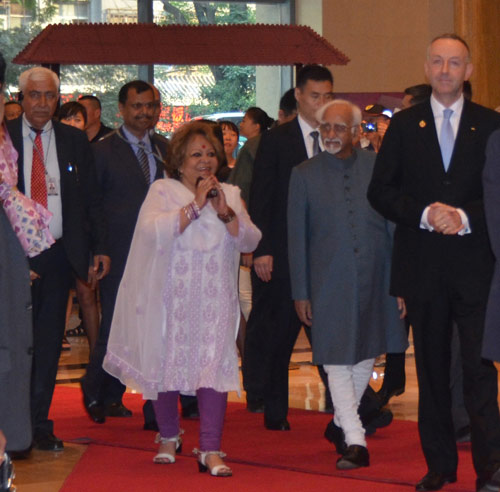 Vice President of India Shri M. Hamid Ansari visited China at the invitation of the Chinese government and chose Xi'an as his first stop on June 26. The Xi'an Wanda Hilton Hotel was honored to host the Vice President and his delegation.

The Hilton Hotel was chosen because of its position as Xi'an's premier luxury hotel. The Vice President, his wife and the Indian delegation attended a banquet reception at the hotel with Chinese government representatives .

The Xi'an Wanda Hilton Hotel is the first hotel under cooperation between Hilton Worldwide and Wanda Group in Northwest China. The hotel offers service of the highest quality standards and infuses Chinese traditional elements into its modern contemporary design.